To secure the display, installers used approximately 1.25 miles of cable wire (they also covered it with an equally large sheet of blank vinyl to conceal the ad message), one 100-ton crane, two heavy-duty loaders and two telescopic forklifts. They illuminated the graphic using 48,2,000W, high-efficiency bulbs installed on six light poles that stand nearly 100 ft tall. Eight contractors and 70 labourers worked round the clock for nearly two months to finish the job.

Sorouh Real Estate, a UAE-based residential-property developer, has purchased this first Ad-Air placement. The company isn’t bankrolling the graphic solely for advertising purposes. The company has partnered with the Red Crescent, the UAE’s equivalent to the Red Cross, to collect and place photographs on the display, with the goal of reaching one million pictures. Sorouh will donate $1 for each picture collected. This ad is not just largest but perhaps the noblest as well!

Travelzoo interacts with the travellers

The interactive “What’s the Deal with Travelzoo?” campaign encourages travellers to participate in the advertisement. In concourses A and B of Las Vegas Airport, gigantic projections show real time travel deals currently featured on Travelzoo’s web site as travellers walk past. In concourse D, real time travel deals “spin” on Travelzoo slot machines when consumers engage the 8’ x 20’ advertisement.

In concourse C, travellers can get the chance to star in their own ad as they are projected into two huge interactive plasma screens, using immersion technology. This is the first time, this technology has been used in advertising anywhere in the US. Along with being projected into the plasma screens, travellers are personally greeted by Travelzoo in the advertisement.

Graphic Systems Group recently announced that they are the production company that helped develop the compass sidewalk decals for Grand Central Partnership. A few days ago, New York City transportation commissioner Janette Sadik-Khan, Grand Central Partnership (GCP) president/CEO Fred Cerullo and MTA CEO Lee Sander unveiled the first of what they hope is many directional compass decals on sidewalks at subway exits in Midtown Manhattan. GSG, the country’s largest production agency, specialized in developing unique and innovative promotional tools for their corporate and government clients. GSG has continuously worked with Grand Central Partnership to develop and install projects for NYC.

Each compass sidewalk decal displays the name of the street and what street lies one block in each direction. The pilot programme aims to assist pedestrians and exiting subway passengers to quickly orient themselves. GSG has currently installed four decals, each near subway exits.

Clear Channel Spectacolor offers high profile out-of-home marketing, billboards, wallscapes, and rooftop signage and the most significant location of its creative display is Times Square… and like always they stand out again…. really standing tall. A unique spectacular located on the rooftop of the Morgan Stanley Building is visible to southbound vehicular traffic on both Broadway and Seventh Avenue, as well as a massive pedestrian audience in the midtown area.

The incredible uniqueness of this spectacular is how it rises “above” the entrance to the heart of Times Square, facing southbound traffic with a can’t-miss-sight line. A tremendous bonus is the visibility as far up as 57th Street, one of the classiest and richest shopping meccas in the country. A true rooftop billboard that allows a client to “name the building,” creating an instant landmark.

Size does matter… and when it’s really big, it’s a record. Recently, the Guinness Book of World Records also certified a 98-feet long by 13-feet tall (29.9m x 3.9m) lenticular mural by Big3D to be the largest lenticular mural ever.

World-renowned tattoo artist Mario Barth partnered with Big3D to produce the record-setting mural. The stunning 3D lenticular mural was installed in the Mandalay Bay Casino in association with the House of Blues nightclub and restaurant in preparation for the grand opening of the Barth’s latest tattoo emporium.

The enormous 3D/flip mural is emblazoned with iconic tattoo imagery surrounding larger-than-life shots of Barth and his wife and head of operations, Carol. Lurid colours recall some of Barth’s more vivid tattoo work, much of which adorns the bodies of some of the world’s most famous celebrities. Moreover, the installation went smoothly and was completed in less than one day.

Anitech teams up with Vivid cold and hot laminating systems 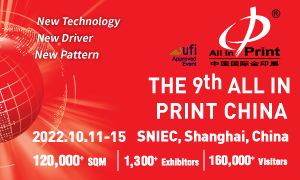